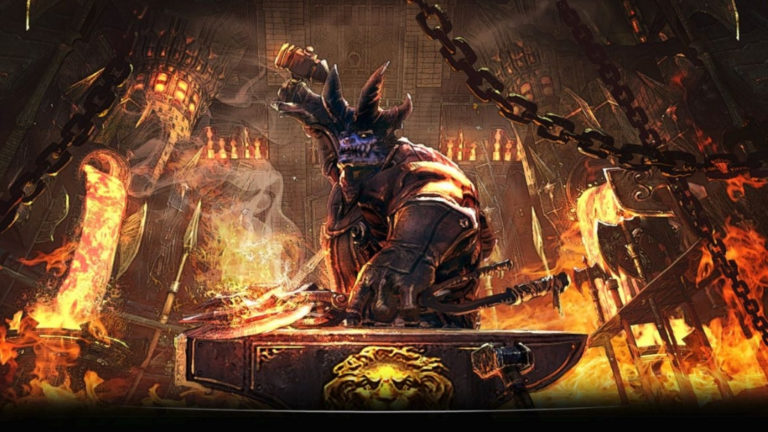 Considering the warrior lifestyle of the Vikings, it is no surprise that weapons played an important role in Norse mythology. Almost all the Norse gods had special magical weapons that enhanced their warrior abilities.

Here are 10 of the most interesting and powerful norse mythological weapons wielded by the Norse Gods according to Norse mythology.

Gungnir, which means ‘swaying one’ in Old Norse, was the spear of Odin, god of war and knowledge and the king of the Asgardian gods. The spear is said to be so well balanced that it never misses its target, regardless of the skill of the wielder. Norse mythology prophesizes that this is the spear that Odin will use during the great battle of Ragnarok, the end of the world.

Spears were actually the most common weapon used by Viking warriors, so it is little surprise that the main weapon of the Viking god of war was a spear. In Norse mythology, Odin is described throwing his spear over the heads of the Vanir gods, the other race of gods in Norse mythology, before a mighty battle between the Aesir and Vanir gods. The story does not specifically state whether this was Gungnir. The Vikings also used to throw their spears over the heads of their enemies at the start of battle as an invocation of Odin.

Gungnir was one of several mythological weapons used by the Norse gods that were made by the dwarves, which the Vikings believed were the best smiths in the world.

While an enchanted ribbon may seem like a strange artefact to appear in the myths of the ferocious Viking warriors, Gleipnir, which means ‘open one’ in old Norse, is actually one of the most important objects in Norse mythology.

In order to prevent the mighty wolf Fenrir, a son of the god Loki, from wreaking havoc across the nine worlds of Norse mythology, the Asgardian gods decided to chain him up. They needed to trick the wolf into putting the chains on himself, so they told him that the chains were a game and a test of his strength. Knowing his own strength, Fenrir agreed to don huge chains twice, which he easily broke. The Asgardian gods then asked the dwarves to create a chain possible of containing Fenrir, and they created Gleipnir.

Gleipnir was said to be as thin as a silken ribbon but stronger than any iron chain. It was said to be fashioned from six impossible things: the sound of a cat’s footfall, the beard of a woman, the roots of a mountain, the sinews of a bear, the breath of a fish and the spittle of a bird. As the chain was made from things that could not exist, it could never be broken.

Fenrir was very suspicious when the Asgard gods presented him with this ribbon as his next challenge, and he only agreed to put on Gleipnir if one of the Norse gods would put his hand in his mouth as a sign of good faith. Only the god Tyr was willing, knowingly sacrificing his hand. Norse mythology prophesises that the chains would bind Fenrir until Ragnarok, the end of the world, when he would break the chain and cause much destruction, including the death of Odin himself.

Yet another weapon fashioned by the dwarves of Norse mythology, Mjolnir, which means ‘grinder’ or ‘crusher’ in old Norse, is the hammer of Thor, the Norse god of thunder and fertility. It is considered one of the most fearsome weapons in Norse mythology, with the power to level mountains.

This is another mythological weapon that Loki obtained from the dwarves. Loki was forced to visit the dwarves when, in a particularly mischievous mood, he cut off the golden hair of Thor’s wife Sif.

This sent Thor into a rage and he demanded that Loki replace the hair. Loki visited the dwarves and asked them to fashion a new head of hair for Sif from gold. Two dwarves, known as the sons of Ivaldi, make Sif’s hair, Gungnir, and also a might ship called Skidbladnir.

Having completed his mission, Loki decides to stay in Svartalfheim, the home of the dwarves, in order to cause more mayhem.  While there he goads two other dwarven brothers, Brokkr and Sindri, into making him three more treasures, a living boar with golden hair called Gullinbursti, a magnificent magical ring called Draupnir, and Thor’s hammer.

Loki promises the dwarves his head if they complete the task. Loki steals the weapons made by the brothers and presents them to the other gods. When Brokkr and Sindri arrive in Asgard to claim their price, the Asgardian gods agree that these three treasures equal the first three and that Loki must pay. Loki gets out of the agreement by pointing out that he promised them his head, but not his neck. Instead the dwarves sew Loki’s mouth shut.

As Thor was both the god of thunder and fertility, his hammer had multiple meanings. It was of course the weapon of a mighty warrior, used by Thor to defeat the giants, but it was also used to bless marriages, births and funerals.

According to Norse mythology, Skofnung was the sword of the legendary Danish king Hrolf Kraki and was considered the best of all swords in the northern lands.

It was believed to be supernaturally sharp and hard and imbued with the spirits of the king’s twelve faithful berserker bodyguards. According to the sagas, the sword cannot be drawn in the presence of women, and that the sun must never shine on the sword’s hilt. It is also said that a wound made by Skofnung will never heal, unless rubbed with the Skofnung stone.

The king was believed to have been buried with the blade, as was common Viking practice, but according to the sagas the Icelandic warrior Skeggi of Midfirth plundered the sword from his burial mound. It was then passed to his son Eid of As, and then to his kinsman Thorkel Eyjolfsson. Thorkel dies in a shipwreck, and the sword sticks fast in some of the timbers of the ship and then washes ashore, to be retrieved by Thorkel’s son Gellir, with whom it is said that the sword was buried (again).

Another sword of a legendary king, Dainsleif, which means Dain’s legacy in old Norse, was the sword of King Hogni in Norse mythology. Dainsleif was made by the famous dwarven craftsman Dain. It was imbued with magic so that whenever it was drawn, it could not be sheathed again until taking a life. The sword never missed its target, and even the lightest scratch results in death.

The sons of the king of the Norwegian region, King Beli of Sign, were jealous of Frithiof as he was said to be the tallest, strongest and bravest of men. In their jealousy they prevented Frithiof from marrying their foster sister Ingeborg. They sent Frithiof on a mission to Orkney, and while he was away burned down his homestead and married Ingeborg to the elderly King Ring. Left with nothing, Frithiof sails off with Viking warriors to earn his fortune.

A number of years later he returns and visits King Ring, where he ingratiates himself with King Ring. Upon the elderly king’s death, he appoints Frithiof as earl of his kingdom, and soon Frithiof is able to marry his true love Ingeborg and become the true heir of the king. He uses his new found power to declare war on the Norwegian brothers and get his revenge.

Vidar is one of the lesser known Norse gods as he is part of the younger generation that is prophesised to survive Ragnarok and rebuild the world. He was the son of Odin with the giantess Gridr, and Vidar uses the show to avenge himself against Fenrir, who kills his father Fenrir during the battle of Ragnarok. Immediately following Odin’s death, Vidar threw himself at Fenrir and was able to defeat him thanks to his magical shoes, crafted exactly for that moment. The shoe was magically strong and sturdy, and with them Vidar was able to kick open Fenrir’s open jaw, allowing him to hold his upper jaw open and cut the mighty wolf’s mouth to pieces with his sword.

One of the mythological weapons made by the dwarves and acquired by Loki, he gave it to the fertility god Freyr, along with the golden boar Gullinbursti (see above “3.”). The magic imbued in the ship meant that whenever its sails were raised it would have a fair wind. The ship was large enough to carry all the gods in full armour and with all their weapons, but could also be folded up like a cloth and transported across land.

Hofund was a magical sword wielded by the god Heimdall, the Asgardian god charged with guarding the rainbow Bifrost bridge that grants access to Asgard, the home of the gods. Hofund, which means Heimdall’s Head, could be supercharged by Heimdall by drawing energy from other powers in the universe. In the Ragnarok prophecy, Heimdall will wield Hofund in his fight to the death with Loki.

Gjallarhorn, meaning ‘resounding horn’ in old Norse, was another mythological object carried by the god Heimdall that featured in the prophetic story of Ragnarok. When Heimdall sees the giant army led by Loki approaching the rainbow Bifrost bridge, he will sound Gjallarhorn, a sound that will tell the gods, and all living beings, that they are doomed. According to one story, Gjallarhorn was also used for drinking, a nice multi-purpose mythological weapon.