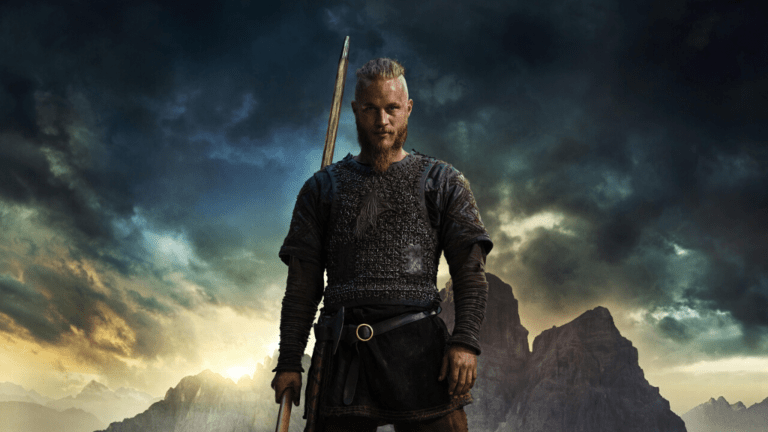 There is little question that the Vikings have captured the imagination. We see them as romantic warrior figures that displayed intense bravery, a rugged style, and followed an intriguing and profound belief system.

But while Vikings are fascinating figures from the past, Vikings do not belong exclusively to history. With a little bit of searching, it is not difficult to find communities of modern-day Vikings. But what does it mean to be a modern-day Viking?

Unlike their ancestors, modern-day Vikings do not need to be born in the icy climes of Scandinavia, or travel the world by boat, taking what they need to survive with nothing but their wit, spear and axe.

To be a modern-day Viking is a question of choice rather than heritage, and it involves adopting the deeper belief system of our ancestors, rather than the more superficial elements of raiding and pillaging.

Who were the Vikings?

The original Vikings hailed from Denmark, Norway and Sweden and thrived between the 8th and 11th centuries, sailing around Europe, Asia and as far as North America, conquering and settling.

They settled Greenland in the north, mixed with local communities in the south in France and England, created outposts in the east as far as Russia and Turkey, and even made it as far away as Canada. Their bloodlines can be found among many people of the world.

While in their own lands the Vikings lived in small kingdoms as farmers, they were also great seafarers and had some of the most technologically advanced ships of their day.

They used these to travel to distant lands to trade, raid, conquer and settle. Thus, more than just being fierce warriors, they were fearless explorers and great thinkers, always questing for knowledge.

The heart of the Viking is embodied by their chief god Odin, who was the king of the Norse gods and the father of the more well-known Thor (thanks to Marvel). Odin was the god of war, granting success and bravery in battle, but also the god of wisdom, willing to make great sacrifices for knowledge, which he then shared with mankind.

So, what do you need to do to be a modern-day Viking?

In our opinion, first and foremost, to be a modern-day Viking, you need to think like a Viking, and embrace their philosophy of life.

A good way to learn about this philosophy is to read the Viking sagas like Erikson and stories of the gods, which reflect the Viking outlook on life.

First, the Vikings were fierce warriors and respected the bravery of men (and women) willing to risk their lives to achieve their ambitions.

These people were so respected that it was believed that warriors who died bravely in battle would be taken to the realm of the gods to live a good life until they are called on to fight again at the end of the world. Meanwhile everyone else would find themselves passing eternity in Helheim.

Thus, to be like a Viking, you need bravery. This does not mean picking up an axe to behead your enemies, but rather being willing to take the greatest risks in order to obtain the greatest glories.

This can apply to the big things in life, but also just the small challenges. No one is suggesting that you live without fear, but that you face your fears, and do what is hard even when it is scary.

While the Vikings are known for their warrior abilities, they should not be mistaken for brutes with more muscle than brain. Part of the reason that the Vikings were such successful warriors is that they had superior technology to many of the people they were fighting.

They had better ships, better weapons and better fortresses. Developing these took intelligence and ingenuity!

We think that to be a modern-day Viking you need to value intelligence, and invest in bettering yourself through study. In the Norse sagas, some of the most fearsome Viking warriors were also experts in the runes, an art that was infamously difficult to master.

As a modern-day Viking, we think that you should be hitting the gym and hitting the books in order to be prepared yourself to face any and all of life’s challenges.

As well as thinking like our Viking ancestors on an intellectual level, a modern-day Viking needs to behave like a Viking.

Embrace the Viking spirit of adventure by discovering the world beyond your doorstep. Travelling to new places is part of the Viking way of life, as is leaving behind part of yourself and taking some of the new cultures that you encounter home with you.

Travelling is easier than ever, you only need to jump on a plane, and in a matter of hours you can feel like you are on the other side of the world. While this is great, if you have the opportunity, take the time to enjoy the journey. There is nothing like taking a boat, a train, and even trekking to experience what it is really like to explore the world.

Another reason why the Vikings outcompeted many of their neighbours, and were also taller than many of them, was that they generally had a better diet. This was for two reasons.

The Vikings, even poorer peasants, ate more meat than their European neighbours, eating meat at least once a day. They also had a lot of fish in their diet, much like modern day Scandinavians.

This gave them the protein that they needed to thrive and be the stereotypically muscular warriors that historical witnesses described.

In the second place, the Vikings ate seasonally, eating whatever fruits, vegetables and berries were best. This gave them all the vitamins and minerals that they needed to survive.

To eat like a Viking, try and eat from the land, eating organically and seasonally. Also, engage in a high protein diet, eating meat or fish at least once a day.

Finally, to be recognised as a modern-day Viking, you will want to look like a Viking. This means adopting Viking style.

While you may not want to wear the traditional Viking tunic, you can choose to wear clothes in bright reds and blues that the Vikings favoured. Whatever you choose should be utilitarian, and include a place, like a belt with pouch, to carry important items.

As a Viking, one item that you will always have in your pouch is a comb! Both Viking men and women favoured long, flowing locks, and all Viking men wore viking beards. Lengths and styles varied depending on time and place, but the beard was always considered a quintessential part of Viking masculinity.

However, you choose to wear your hair, make sure it is well-groomed, the Vikings were infamously neat and tidy compared to many of their contemporaries. Also make sure to style and keep your hair under control with braids.

Finally, the Vikings were also big fans of jewellery. While jewellery took many shapes and forms and were made out of many different materials, including wood and amber, gold and silver were prized.

While pieces took many forms, Vikings commonly wore symbol amulets, viking necklaces, bracelets which were used to represent their beliefs. The most popular symbol was Mjolnir, the hammer of Thor, which represented protection, but other symbols, such as runes that could represent wayfinding or protection, were also common.

More than a mode of dress of a way of eating, we believe that to be a modern-day Viking is to embrace the Viking spirit of bravery, adventure and curiosity.

But what do you think it takes to be a modern-day Viking?