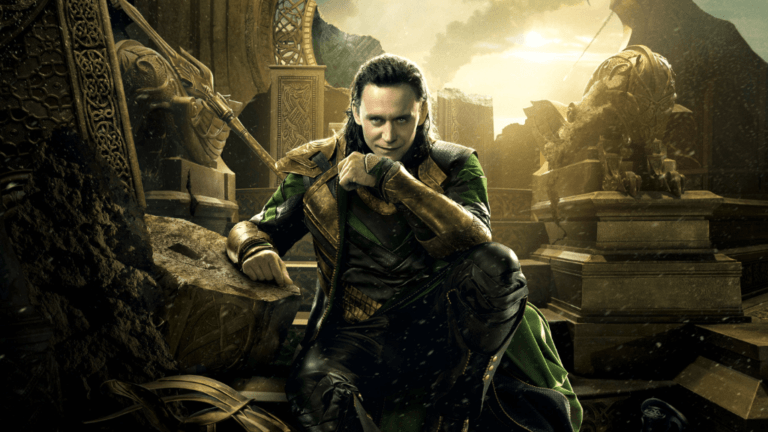 Loki is often called the trickster god of Norse mythology.

But in actual fact Loki was not one of the Aesir gods, and while his tricks often put the Norse gods in difficult situations, there are no surviving Norse stories of him playing havoc in the lives of men.

So where do modern, Marvel inspired ideas about Loki end, and the real Loki of Norse mythology begin?

Who is Loki (meaning, symbol)

According to Norse mythology, Loki lived in Asgard alongside the likes of Odin, king of the Aesir gods, and Thor, god of Thunder.

But Loki was not one of the Aesir gods, he was a giant.

Not that there is much to distinguish between the gods and giants in Norse mythology. Norse giants were not creatures of great stature, but rather being with powers quite similar to those of the Aesir gods, but rather than being dedicated to order, they embraced chaos.

This did not make Loki so different from the Aesir gods, many of which had giant ancestors. For example, Thor was the son of Odin with the giantess Jord, a being that symbolised the earth.

One way in which Loki is different from the Aesir gods is that he did not have an area of responsibility that he symbolised, such as war or fertility. While he was considered a trickster, his mischief was mostly a foil for the Aesir gods, and not for men.

In Old Norse the word ‘loki’ means knot or tangle, and he may have been considered responsible for some of the misfortunes that befell men, and therefore be a kind of trickster god, but there is little evidence for this.

Loki’s symbol was the snake, and he was often represented by two snakes circling each other forming an S symbol, and biting the tail of the other.

In terms of ‘powers’, Loki’s main ability seems to have been to shapeshift, and he often used this to wriggle out of difficult situations, or trick someone into telling a secret.

Despite the fact that Loki caused many problems for the Norse gods, he was mostly welcome in Asgard, and almost always forgiven for his actions.

This seems to have been because of some old agreement between Odin and Loki. In one story of a feast during which Loki insults all the gods and they wish to expel him from the hall, Loki reminds Odin that the two had once mixed their blood and had agreed to always drink together.

This is an important way in which the Loki of Norse mythology differs from the Loki of the Marvel cinematic universe: he was not the brother of Thor, but a kind of blood brother of Odin himself.

As already said, Loki was the son of giants, his parents were the giants Farbauti and Laufey. But Loki was also the father of many important beings in Norse mythology.

With the giantess Angrboda, Loki had three children. The Aesir gods so feared the potential chaos that could be caused by these children that they placed each of them in a place where they could do the least harm.

The first, the giantess Hel, was given dominion over the underworld of Helheim, where all souls that did not fall bravely in battle found themselves after death.

The second Jormungandr, was a mighty serpent and the Aesir threw him into the sea surrounding Midgard, the world of men. There he grew to such a great size that he could surround the entire world.

Their third son was a might wolf named Fenrir. He was chained up in Asgard using a magical ribbon made by the dwarves.

Each of these children of Loki and Angrboda are prophesized to have a role to play in Ragnarok, the Armageddon of Norse mythology, with Fenrir killing Odin himself, and Thor and Jormungandr slaying one another in the final battle. As such, they are some of the ultimate symbols of chaos and destruction in Norse mythology.

Loki also had a wife Sigyn, who was probably one of the Aesir gods, and they had a son Nari. Loki was also the mother of Sleipnir, Odin’s eight-legged steed.

This was the result of Loki’s shapeshifting ability. According to the old Norse story, near the beginning of time an unnamed builder offered to build the fortifications around Asgard in exchange for the goddess Freya (who was very beautiful and seductive), the sun and the moon.

The gods agreed to this, but only if he completed the work within one season and with the help of no man. The man agreed on the condition that he could have the help of the stallion Svadilfari, and Loki convinced the gods to accept the deal.

The stallion helped the builder complete the work extremely quickly, and with only three days to go before the deadline it looked as though he was going to finish the work on time. The gods blamed Loki for putting them in this terrible situation of having to pay the agreed price, and they demanded that he ensure that the builder not complete his work.

In order to do this, Loki turned himself into a stunning mare, successfully distracting the stallion and delaying the work of the builder. This distraction also resulted in Loki’s pregnancy. It is hard to see Loki as the bad guy in this particular story, especially since the god’s not only went back on the deal, but Thor also killed the builder.

Loki features in many stories of Norse Mythology, usually creating problems that the Norse gods needed to solve. For example, on one occasion he assisted a giant in stealing the apples of eternal life that grow in Asgard and preserve the youth and vigour of the Aesir gods.

This left the gods old and wrinkled, and Loki was forced to retrieve the apples, and promise never to do something so reckless every again. A promise he failed to keep.

But Loki’s mischievous actions sometimes benefitted the gods. For example, in one Norse story, Loki cut off the beautiful golden hair of Thor’s wife Sif, which was probably meant to symbolise a golden harvest.

Enraged, Thor demanded that Loki replace the hair with something as fine, or suffer the consequences. In order to fulfil this demand Loki went to the dwarves and asked that they make a wig of fine gold threads for Sif, and enchant it so that it would grow on her head.

As well as procuring this, while with the dwarves Loki also procured Mjolnir, Thor’s mighty hammer, Gungnir, Odin’s enchanted spear, Draupnir, and a number of other treasures. All of these he gifted to the various Aesir gods.

Also, while Loki and Thor were not brothers, Loki also sometimes accompanied Thor on his quests. For example, when the king of the giants stole Thor’s hammer, Loki convinced Thor to disguise himself as Freya, whom the giant king desperately wanted to marry, in order to trick the giant into revealing the location of the hammer so that it could be retrieved.

Loki accompanied Thor to the home of the giant and helped convinced the giant that Thor was indeed Freya, allowing Thor to regain his hammer and slay the giant.

Loki has a significant role in play in Ragnarok, the prophesized end of days in Norse mythology. His role begins long before the start of the apocalypse itself, with the death of Balder.

Balder was the son of Odin and Frigg, and was the most beautiful, noble and beloved of all the Norse gods. Desperate to protect her son from all harm, Frigg went around and secured an oath from every living thing in the universe that they would never hurt Balder, or assist in hurting him.

This basically made Balder invincible, something which amused the other gods, who would often throw weapons at Balder for the pleasure of watching them bounce off him causing no harm.

Loki, jealous of Balder and generally always looking for a way to make trouble, used his shapeshifting abilities to trick Frigg into telling him that she may have forgotten to secure the oath from the humble mistletoe plant.

Learning this information Loki immediately made a dart of mistletoe and tricked Balder’s blind brother Hod into throwing it at Balder as part of the gods’ regular game. It struck him dead immediately, much to the surprise of all the gods.

After Balder’s death, Odin beseeched Hel, Loki’s daughter and the keeper of the Underworld, to allow Balder to return to Asgard, explaining to the her that the world should not be robbed of this most beloved being.

Hel actually agreed to return Balder, but only on the condition that every living thing in the universe weep for him. And this they did, except for one giantess, who was Loki in disguise. As such, Balder was not able to return.

For his part in his tragedy, Loki was finally expelled from Asgard by the Aesir gods. They chained the villain to two rocks, hanging a poisonous snake above his head to drip painful poison onto his face.

Loki’s loyal wife Sigyn tries to protect Loki from this pain by catching the poison in a bowl, but when she must leave to empty the bowl, Loki is inflicted with the pain of the poison, and it is his shudders that cause earthquakes.

When the time for Ragnarok itself comes, it is prophesied that Loki will slip his chains, and will join the giant movement against the Aesir gods. During the battle it is foretold that he will engage Heimdall in hand to hand battle and that the two will slay one another.

In a world that is not black and white, it is difficult to characterise Loki simply as a villain. What he does seem to be is someone who did not respect the order of life established by the Aesir gods, and who was more concerned with fun and his own desires that the needs of the greater community.

This is a dangerous character trait in the Norse world, where neighbours rely on each other, and therefore Loki symbolised an immense threat.