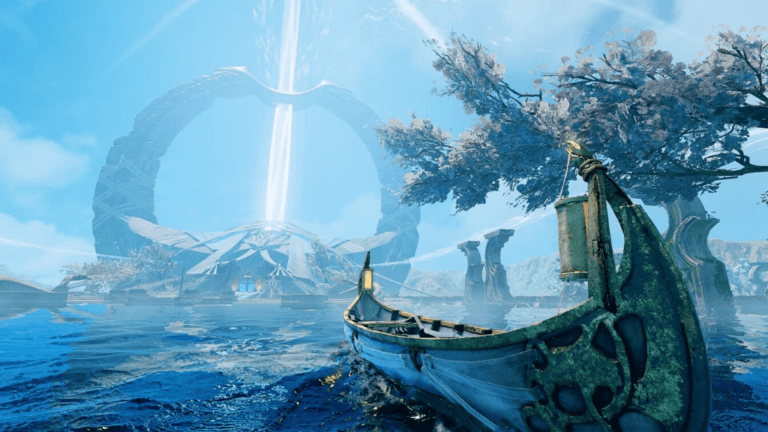 The cosmos as described in Norse mythology is very different from the universe as we understand it today.

According to the Norse tales, the universe is composed of nine realms, one for each of the races of beings: gods, giants, men, and more. One of the most intriguing of these realms is Alfheim, the homeland of the Elves, which was ruled over by the Vanir god Freyr.

Most modern interpreters imagine Alfheim to resemble the Elven realms as described by author and scholar J.R.R. Tolkien, who was very much inspired by Norse mythology. But how much does the Old Norse Alfheim really resemble Tolkien’s Elven home?

Home of the Elves

Alfheim literally means home of the Elves in old Norse, and the realm is sometimes referred to as Ljosalfheim, home of the Light Elves.

Sadly, the realm is not described in detail in any of the surviving sources and is only ever mentioned in passing. However, it is inferred that Alheim is one of the nine worlds that make up the Norse cosmos alongside:

We know little more about the Light Elves themselves than we do about their homeland. In the Prose Edda, we are told that there are two different races of Elves, the Dark Elves, Dokkalfar, and the Light Elves, Ljosalfar. The two are described as polar opposites.

In the Norse texts, the term Dark Elves seems to be more or less synonymous with Dwarves, who were the master craftsmen of the Norse cosmos that preferred to live in underground cabins suited to their work as smiths. Tolkien’s descriptions of the realms of his Dwarves in his works The Hobbit and The Lord of the Rings, seem to match closely what we know of Svartalfheim, the home of the Dwarves, from Norse mythology.

Tolkien’s description of Elves, and their homelands, are probably also not far off from what the Vikings had in mind when discussing the mythological beings. The Light Elves are often mentioned in old Norse poetry in an alliterating phrase alongside the Aesir gods – Aesir ok Alfar – suggesting that they two were connected in some way and that the elves were considered demigods or angels.

That they possessed some kind of magical art is not questioned. The Dwarves also possessed this magic, imbuing many of the fine objects that they created with magical properties. For example, they made the golden ring Draupnir for Odin, which produces a further eight rings of equal quality every nine days, and the spear Gungnir, which they also made for Odin, was enchanted so that it would never miss its mark.

But the Elves were also certainly considered “humanoid” in nature, as in heroic sagas our heroes are often described as having sexual relations with Elvish maidens, and some kings claimed to have Elven blood. Men and women with Elven blood were also considered the fairest of all men, and were often skilled in witchcraft.

The only other important piece of information that we have about Alfheim is that it is ruled over by Freyr, a god associated with fertility, virility, prosperity, and kingship.

Freyr was one of the Vanir gods, another race of gods that exists within Norse mythology. There seems to be very little to separate the Aesir gods, which include the likes of Odin and Thor, and the Vanir gods. They seem to have shared very similar characteristics and abilities. They are probably best described as cousins, but with different life philosophies.

The Aesir and the Vanir went to war, apparently because the Aesir did not approve of the Vanir way of life. The Vanir are associated with nature, fertility, and sorcery, and the Aesir seem to have had a particular issue with the Vanir practice of incestuous marriage.

After the end of the Aesir-Vanir war, several Vanir were sent to live in Asgard as hostages, including the twins Freyr and Freya. It seems that the two were married when they arrived in Asgard, but their marriage was annulled as unsanctioned under Aesir law.

Freyr is described as being gifted the realm of Alfheim to rule as a tooth gift, which was a gift commonly given to infants when they cut their first tooth. This suggests that Freyr received the realm before becoming a resident of Asgard, by which time he must have been an adult in order to have been married to his sister.

This points to a connection between the Vanir and the Light Elves, and some scholars have suggested that there was a significant overlap between the two groups. This adds further support to the idea that the Light Elves were nature-loving demigods, very similar to how they are reimagined by Tolkien.

So, what do you think? How much does the Alfheim mentioned in Norse mythology resemble the enchanted natural sanctuaries of the Elves as described by Tolkien? And who exactly were the Light Elves anyway? Were they superhumans, angels, demigods, or beings closely related to the gods themselves?