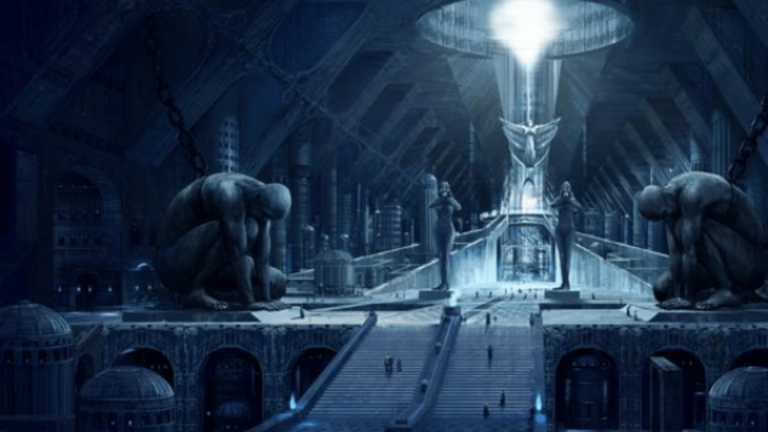 In Thor: The Dark World we are taken to Svartalfheim, where Peter Dinklage plays a dwarf of giant stature. Upon seeing it, we would be forgiven for thinking that it looked like Tolkien’s home of the dwarves, Moria, but in space.

Both fictional worlds are based on the home of the dwarves, also known as the dark elves, from Norse mythology. One of the nine worlds in the Norse cosmos, it was the underground home of the Dwarves, the blacksmiths of the Norse universe. But what do we really know about this realm?

Homeland of the Dwarves

Svartalfheim, which means homeland of the dwarves, was also sometimes called Nidavellir, which means the low fields of the dark fields, or Myrkheim, which means world of darkness. We have no idea which name was used most often by the Vikings, as they all belong to later sources, each of which gives a different account of this world.

It is believed to have one of the nine worlds of Norse mythology. We are told that there are nine worlds, but a complete list is not given in any source. We are left to guess which of the many worlds mentioned in the sources make up the cardinal nine.

A homeworld for the dwarves would sit suitably alongside some of the other Norse worlds that we know: Asgard, home of the Aesir gods, Vanaheim, home of the Vanir gods, Alfheim, home of the elves. All of these worlds were nestled among the roots and branches of Yggdrasil, the tree of life.

Svartalfheim was probably located among the roots of the tree. This is because it is described as being north of Midgard, and north generally meant downwards. While that might not make much sense while looking at a modern map, if you believe that the sun is overhead, it makes sense that the south is closer to the sky. Maps are very much a cultural construct.

Svartalfheim is also described as being a labyrinth of subterranean mines and forges, which again suggests that it existed underneath the world of men.

The Dwarves or Dark Elves

Who would want to live in an underground forge? Tolkien’s dwarves for one. The author, a lover of Norse mythology, did base his dwarves on those of Norse myth, in which they are also known as dark elves.

According to one account of Norse mythology, the dwarves were made from the body of the primordial giant Ymir, killed by Odin and his two brothers who then used his body to create Midgard. The dwarves are said to have emerged from Ymir’s body like maggots

Other stories suggest that the dwarves were made from the blood of the giant Brimir (fire) and the bones of the giant Blainn (death), giving them an association with death. Either way, they seem to be linked with the giants, suggesting that they were beings at the darker end of the spectrum.

This is reinforced by the fact that the Vikings actually referred to the dwarves as dark elves. They are described as being humanoid, but pitch black in color. This may also associate the dwarves with death. The giantess Hel that ruled over the underworld was described as being half white and half black, suggesting that she was half living and half dead. Their pitch-black color is also probably linked to the story told in some places that they turned to stone when exposed to sunlight.

While the appearance and weaknesses of the dwarves differ from account to account, one characteristic about the dwarves is consistent. They were master craftsmen. They made most of the great treasures known from Norse mythology.

In one of the best-known stories from Norse mythology, Loki travels to Svartalfheim in order to gain an enchanted golden headpiece for Sif, the wife of Thor. He needs to replace her beautiful hair, which he removed as a joke.

While there, he gains a number of other treasures for the gods including Mjolnir, Thor’s hammer, Gungnir, Odin’s spear, Draupnir, Odin’s ring, Skildbladnir, Frey’s ship, and Gullinbursti, Freyr’s golden boar. On another occasion, the dwarves made Bringsamen, the necklace of Freya that was unequal in beauty.

But more than mortal blacksmiths, they made their treasures with magic. For example, when the gods wanted a chain to restrain the might wolf Fenrir, they could not make one strong enough on their own. So, they went to the dwarves. They made a chain that was as fine as a ribbon, but was impossible to break. This is because it was made from impossible things. They combined the sound of a cat’s footfall, a woman’s beard, the roots of a mountain, the sinews of an ear, the breath of a fish, and the spittle of a bird.

Sometimes they made darker objects. For example, a pair of dwarves killed Kvasir, a supremely intelligent being made from the spittle of the Aesir and Vanir gods, in order to make the Mead of Poetry, which could give anyone mastery of the spoken word.

From stories like this, we can see that the dwarves were considered dark creatures, covetous and dangerous. They were not considered gods, but like most of the beings in Norse mythology, they were more than men. They were supermen or demigods to the Vikings.

What do you think of Svartalfheim and the dwarves of Norse mythology? How to modern representation live up to the ancient mythology?