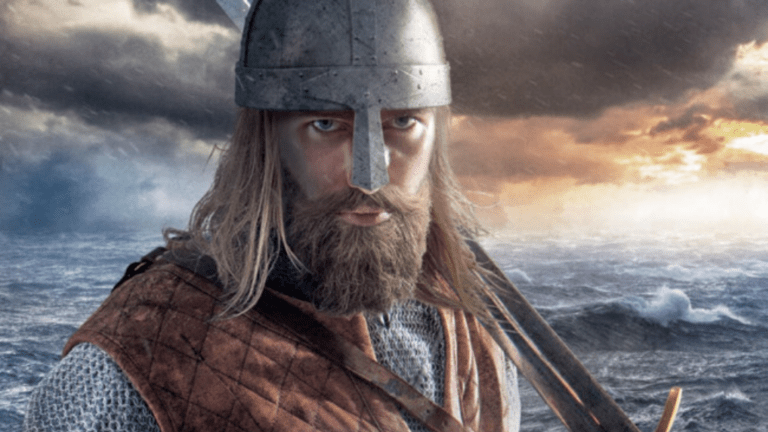 The answer to that question is complicated as the Vikings were not homogeneous over space and time, and neither was their language. However, the short answer is Old Norse, which is part of the Germanic language family. But let’s take a more detailed look.

What Language did the Vikings Speak?

What language an individual Viking spoke would have depended on where and when they lived. If they lived up until the 8th century AD, they would have spoken a form or Proto Norse, an Indo-European language that probably developed from a northern dialect of Proto-Germanic.

A form of this language can be traced back as early as the 2nd century AD in inscriptions on stone and personal objects. But the language would have evolved significantly over those centuries.

The borders that separated these languages would not have been hard and clear-cut, with people on one side of the border speaking one language and the other side another.

There would also have been more local variations. The best comparison might be the Netherlands today, where dozens of regional dialects are spoken. But the languages would have been largely mutually intelligible.

The mutual understanding between the different dialects of Old Norse is highlighted by the Grey Goose Laws of the 12th century.

These languages began to develop into the modern languages that we are familiar with today from about the 14th century, ending the period of history that we associate with Old Norse.

As anyone who knows their Viking history will know, the Vikings wrote their language using runes. Proto Norse was written in a runic script known as Elder Futhark, but by the time of the Viking period and the Old Norse language, this was replaced by Younger Futhark.

Elder Futhark, which seems to have been adapted from earlier Italic alphabets, had 24 runic symbols, which have been preserved on the Kylver stone in Sweden.

The runes represented both phonetic sounds, but also had symbolic meanings. In this way, they can be compared to the Egyptian Hieroglyphics, except that more than 1,000 distinct symbols are known for that alphabet.

Younger Futhark was almost completely displaced by Latin by around 1200, due to the conversion of the Vikings to Christianity. Despite the very early use of the Latin alphabet, standardized spelling for Old Norse using the Latin alphabet was only created in the 19th century.

When modern academics refer to Old Norse, they almost always mean Old Icelandic. This is because this is the dialect that the majority of Old Norse written sources survive in.

It was the language of the author Snurri Snurlson, who is responsible for preserving much of the knowledge we have about Viking myth and legend. It is also the language in which most of the surviving Eddas, Scaldic Poetry and Sagas survive.

Old Norse has had its influence on the English language as a result of the Norse presence in the British Isles.

The words that survive are telling, as they may indicate concepts that were strongly associated with the Vikings, or which may not have even existing among the population of Britain prior to the Viking arrival. Examples include:

Some common English saying can also be traced back to Old Norse sources. The following phrases from the Norse sagas would seem right at home in a Shakespearean play.

How to Learn Old Norse

If you are interested in learning Old Norse for academic, religious or personal reasons, prepare for a bit of a hard slog.

Old Norse is a dead language, which means that it is no longer spoken, so you cannot go and immerse yourself in the language in the same way you would with a tongue that is in use.

Also, unlike Latin and Ancient Greek, which are also dead languages, there are not an abundance of schools that teach the tongue.

If you want to learn independently at home, we suggest two great books by the archaeologist and historian Jesse L. Byock, the first for beginner learners and the second for intermediate.

If you are interested in reading the surviving contemporary sources for Viking culture, then learning Old Norse itself is a must. But if you are more interested in learning a living language, then Icelandic is the modern dialect most closely related to Old Norse.

It is certainly an option if you are primarily interested in understanding how the Vikings thought through the way they formed ideas with their grammar and vocabulary.

What do you think? Would you like to learn Old Norse or modern Icelandic?