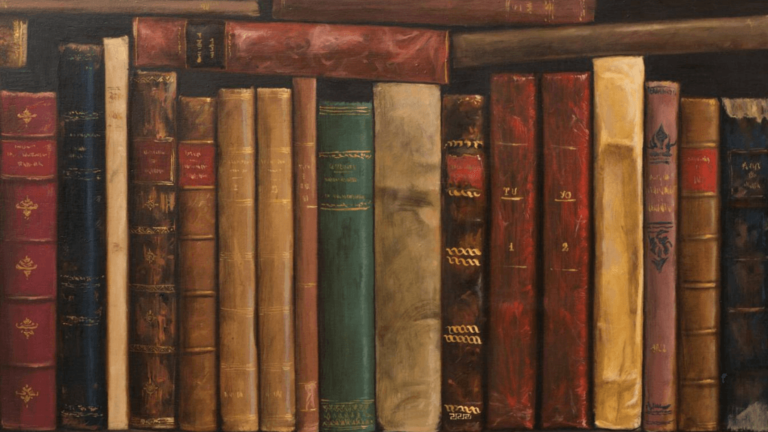 When you dip your toe into the Viking world, it isn’t long before you want to jump in headfirst and learn everything there is to know about the Vikings.

If you are a Viking fan who has watched the Viking TV series and seen the Viking films and you are ready to go beyond the Hollywood glamour and discover the real Vikings, here are 15 of the best books about the Vikings to expand and deepen your knowledge, or introduce the Vikings to your children.

The Greenlanders, By Jane Smiley

A work of historic fiction set in the late Viking period in fourteenth-century Greenland. Rather than giving an account of warriors and battles, we see the world through the eyes of farmers, priests, and law speakers.

It captures what life would have been like for Vikings that aren’t legends.

The SeaWolves: A History of the Vikings, by Lars Brownworth

Lars Brownworth takes on the Vikings at the beginning of their domination of Europe at the end of the 8th century. Drawing on the surviving sagas and chronicles, he tells the stories of Ragnar Lothbrok in England and France, and Harald Hadrada as king of Norway.

He looks beyond the blood reputation of the warriors, and also examines their legacy as lawgivers, builders, and inventors.

The Norse sagas are a mix of history and legend that paint an often unbelievable image of the Viking world. Fitzhugh unravels history and reality, examining the sagas with the assistance of historic theory, archaeology, and natural science.

The book contains wonderful color photos of artifacts and landscapes, as well as enlightening drawings and maps.

The Age of the Vikings, by Anders Winroth

Gain a well-rounded view of the Viking world in this comprehensive study of the Viking age. It looks at the Vikings not only as warriors and raiders but as merchants, politicians, explorers, and colonizers.

This book is particularly interesting for the evolution of Viking arts, literature, and religion, that far outstripped that of their contemporary European neighbors.

Magnus Chase and the Sword of Summer, By Rick Riordan

An ideal book for introducing your children to the world of the Vikings. Set in the modern-day, Magnus Chase is a lost boy who finds out that he is the son of a Norse god. He must learn the stories of the Norse gods and the prophecy of Ragnarok in order to join his family in the ultimate battle.

This is the first in a series of three books for young adults by Riordan that draw on Norse mythology.

The Viking World, by James Graham-Campbell

Considered one of the most comprehensive books on the Viking period, the various authors that contribute to the book draw on both the oldest surviving sagas and the latest archaeological finds. He presents the Viking as the innovators that they were, looking at their forts, towns, ships, and art.

The chapter on ships, shipwrights, and seamen by contributor Sean McGrail is considered the most important analysis of the subject currently available.

One of the most popular works of fiction ever written that draws its inspiration from Norse mythology. The book focusses on Wednesday, who was once known as Odin, the All-father. He is now roaming America and preparing for a battle against the new deities of technology that are emerging from modern technology.

Don’t worry, when it is all over, you can read the sequel Anansi Boys.

Echoes of Valhalla: The Afterlife of the Eddas and Sagas, by Jon Karl

So many of the names from Norse mythology and the sagas are familiar to use from popular culture. Whether it is the Marvel movies, Wagner’s opera, or Tolkien’s epics. In this book, Jon Karl looks at the various modern adaptations of the original source material.

Gain a true appreciation of just how much Viking history has influenced our modern lives and culture.

The Vikings, by Else Roesdahl

Readers will enjoy this book from cover to cover, or as an encyclopedic resource to answer burning questions while watching your favorite Viking TV shows and movies. It covers the Viking domination far beyond Europe, and follows them to all the regions of the world that could be reached by boat.

It is particularly strong in telling the story of the Viking struggle against Christianity, and the eventual spread of the new religion throughout Scandinavia.

Ohtere was a Norwegian seafarer who told Alfred King of Wessex of his voyages around Norway and Denmark. Alfred had the stories recorded and inserted into the Old English version of the late Roman world history by Orosius. If genuine, this is the earliest known description of the North by a Scandinavian.

In this book, scholars of different disciplines debate the text, and what it can reveal about the Viking world.

In this work of historic fiction, Bengtsson takes us through the Viking world, from Scandinavia, to Spain, to Ireland, though the eyes of Red Orm, a young Danish boy who finds himself on an unexpected and unwanted adventure.

The characters are relatable, and the setting tangibly real, and distinctively Viking!

Iceland: Its Scenes and Sagas, by Sabine Baring-Gould

This is a reproduction of an 1863 manuscript from London. It provides texts of the original Icelandic sagas, complemented by maps, music, and drawings tying them to the Icelandic natural landscape.

The original manuscript was created by a mid-19th century Englishman who visited Iceland in the middle of the 19th century.

An illustrated children’s book that shares the stories of the Vikings in a way that young minds can understand and access. It looks at some of the most important moments in Viking history, but also shares what day to day life would have been like for the Vikings.

Perfect for creating the next generation of young adventurers.

This is an incredible comic series based on Norse mythology, but, unfortunately, they have not been translated into English. Originally a comic that appeared in a Danish newspaper, there are now 15 books in the series.

In 1986, selected stories were made into an animated film, which tells the story of its characters meeting Thor and Loki.

The Viking World, by Stefan Brink and Neil Price

If you have read all the popular history sources and you want to go deeper, this is the book for you. It brings together leading scholars to talk about the Viking period from the perspective of innovative contemporary research.

It is now considered a standard book of reference for anyone seriously studying the field.

What do you think? Have you read any other good books about the Vikings that you think should be on our list?