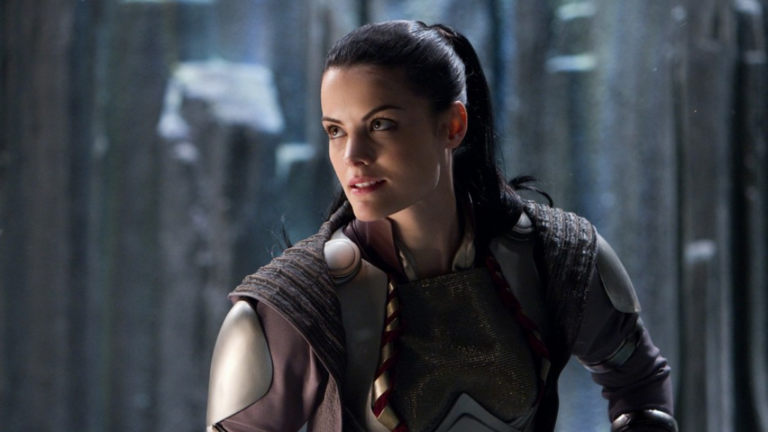 When the first Marvel Thor movie came out in 2011, there was some talk of team Jane Foster and Team Lady Sif, because many people knew that in Norse mythology, Thor is married to Sif (not that it stops him from having flings with lots of other women).

But this is not the only thing about Sif, the Aesir goddess of Autumn, the harvest, farm, and field, that the Marvel movies got very wrong.

Read on to learn what exactly we know about Sif.

In fact, we are not told the fate of a single Aesir goddess in the Ragnarok prophecy, despite hearing how most of the male gods are destined to perish. The only female deity mentioned in the Ragnarok myth is Hel, the giantess daughter of Loki that rules over Helheim.

We know that Hel will travel to Asgard with her father and an army of the dead, but we are not told anything about her fate, even though we are told that her guard dog Garm will be slain by Tyr, who he will also kill.

It is fair to say that the Viking goddesses don’t get a fair shake in the surviving Norse sources.

Sif is mostly mentioned in passing in the sources, and only in her capacity as the wife of Thor, the god of thunder.

Even her name, Sif, means “related by marriage”, suggesting her importance lies mainly in her role as the consort of Thor.

Among the Scandinavian Saami, Sif was known as Ravdna, and was considered the goddess of the rowan tree. They often called the rowan tree the “savior of Thor”, as the god once clung to the tree to save himself from drowning. This story seems to be another commentary on the relationship between Sif and Thor.

Goddess of the Seasons

From what is said about Sif in the sources, it has been suggested that Sif was a fertility goddess linked with the changing of the seasons.

She is described as having beautiful golden hair the colour of wheat, probably meant to represent the harvest. This draws parallels with Demeter, the Greek goddess of the harvest, who is also described as possessing golden locks.

She is also said to have eyes the color of Autumn leaves, which probably links her to the changing of the seasons.

She is also the mother of Ullr (though Thor is not his father), who is a god of Winter and skiing, which again links her with the changing seasons.

Sif as a harvest goddess also makes sense in terms of her relationships with Thor (with whom she may be the mother of the Valkyrie Trude), as he was a weather god, of thunder, lightning, wind and rain.

It is the marriage between the changing of the seasons and the fertility of the earth, and life-giving rain, that guarantees a bountiful harvest.

Sif is the mother of Ullr with an unknown man, and there is some suggestion that she was quite promiscuous. According to the Prose Edda, Odin, in the guide of Hardbardr (a name that fans should recognize from Vikings) insults Thor, saying, among other things, that Sif has a lover at home.

Later on, in the same source, a drunk Loki is throwing insults at all the Aesir gods and accuses Sif of having an affair with him.

The Hair of Sif

The most well-known story about Sif also relates to her hair, and raises some interesting questions about the relationship between Sif, her hair, and the harvest.

According to the story Loki, up to no good as usual, snuck into Thor and Sif’s house one night and removed all of her hair, at the root, so that it would never grow back. Why he did this is unclear. The revenge of a jilted lover?

Naturally, Sif is horrified when she discovers what has happened. Immediately realizing that this must be one of Loki’s tricks, Thor confronts Loki and demands that he replace the hair with something as fine, or he will do worse than kill him.

Seeking to save his own skin, Loki travels to Svartalheim, the realm of the dwarves, as the dwarves were master craftsmen who also imbued their creations with magic. If anyone could make what Loki needed, it was them.

The dwarves agree to make a headpiece for Sif from the finest spun gold and enchant it so that it will grow on her head.

Of course, Loki can’t help but get in trouble no matter where he is. He plays games not only with the dwarves that are making the headpiece for Sif, but another set of dwarven artisans as well. In the end, he returns to Asgard with no one treasure, but six.

Along with Sif’s headpiece, he also brings back Thor’s hammer Mjolnir, and Odin’s spear Gungnir, among other things.

As a result of this story, the Vikings often referred to gold as Sif’s hair.

What does this story of Sif’s hair say about the harvest?

Is her loss of hair and its replacement a symbol of the way that crops are harvested each year and are then replanted and regrow?

What does the fact that her hair is actually made from gold say about the relationship between the harvest and wealth?

What does her role as the consort of Thor say about the role of women in the harvest?

What do you think? From the limited information that we have about Sif, what can we say about the significance of Sif to the Viking?