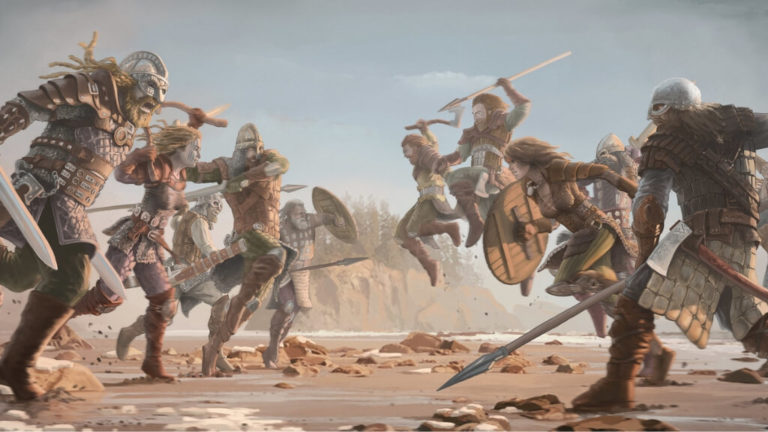 The Vikings have a reputation as fierce and bloody warriors that burned and pillaged their way through Europe in the 9th and 10th centuries.

The surviving evidence suggests that their reputation is well deserved. Just the sight of a Viking warrior could strike fear into the hearts of their enemies. But to rise to the top of Viking society, you had to be more fearsome and ferocious than the rest!

Here are the 15 most ferocious and famous Viking warriors from history and the bloody stories that have earned them a place on this list!

Disclaimer! This list is meant to be a bit of fun and just a taster of the histories of these warriors. You will find more in-depth and balanced articles about each of them on the blog. The Vikings were mighty warriors that were feared across Europe. But they were also intelligent with a rich and interesting culture. But this list is all about blood and gore!

A famous Viking leader from the 9th century, Bjorn Ironside was the son of Ragnar Lodbrok.

He was expelled by his father for being the youngest of his sons, as was the normal Viking custom. Bjorn was sent to find his own way in the world with a group of Viking warriors and a few ships. He raided England, Spain, France, and Italy, getting as far south as Gibraltar. To the people he faced, he seemed unstoppable.

Living in the 900s, Egil Skallagrimsson was an Icelandic Viking warrior and poet. He is said to have killed for the first time at the age of just 7. Egil killed a boy who cheated him in a game with an axe. Later, as a result of another insult, Egil killed a retainer of King Eric Bloodaxe.

Declared an outlaw in Norway, Viking warriors, including the king’s son, were sent to kill him in vengeance. Egil killed every man who came after him.

When Egil was eventually captured, he evaded execution by composing a poem that impressed Erik so much that he spared his life. Brains and brawn.

Eric Bloodaxe was the son of the first king of a united Norway, Harald Fairhair. He later became king of Norway himself and gained his name “Bloodaxe” by killing all but one of his brothers.

He was a hard and unpopular king, suppressing opposition ruthlessly. Soon his sovereignty was challenged by his sole surviving brother (he probably regretted not killing him!)

Eric fled to England where he conducted bloody raids around Scotland and the Irish Sea.

Erik the Red was a 10th-century Norwegian Viking warrior who fled Norway for Iceland after being exiled for manslaughter.

A daughter of Eric the Red, Freydis is proof that Viking women could be just as fearsome as men.

Along with her brother, she was one of the first Europeans to visit North America at the start of the 11th century.

Following a dispute with the natives, they attacked the Viking camp one night with catapults. While her surprised warriors began to flee, Freydis, eight months pregnant, grabbed a sword to fight. The sight is thought to have been so scary that the natives fled, assuming that she was some kind of demon.

She later had her own trading partners killed so that she would not have to share her profits with them.

Gunnar was a 10th-century Icelandic Viking warrior who was said to be capable of jumping his own body height while wearing full armor. He was also described as one of the most famous Viking warriors and as being the most beautiful man in the world.

Unlike most Vikings, as well as fighting in close combat, he was a skilled archer and stone thrower.

Gunnar died after he killed two men from the same family. Rather than fleeing, he decided to stay at his home, where there was an epic battle in which he was eventually killed.

A son of Ragnar Lothbrok, alongside his brother Ivar, Halfdan led the Viking warrior army, known as the Great Heathen Army, that landed in England in 865 and conquered Northumbria.

His many conquests gained him a reputation as a famous Viking warrior and he later became king of London.

Widely considered to be the last Viking ruler, sitting on the Norwegian throne in 1046, he is said to have overseen a period of prosperity, but this was achieved with a brutal and militaristic approach.

Harald Hardrada led the last great Viking raid of England in 1066, where his army was defeated and he was killed. The chaos he caused weakened the English forces, making it easier for William the Conqueror to win at the Battle of Hastings.

In his youth, Harald worked as a mercenary within the Byzantine Empire. In the personal guard of the emperor, he was even a “king maker” on more than one occasion. When he returned to Norway he played an important role in the spread of Christianity.

Another son of Ragnar Lothbrok, Ivar the Boneless apparently owes his name to a condition that caused his bones to fracture easily, making his reputation as a fierce Viking warrior particularly impressive.

He was another leader of the Great Heathen Army that invaded the British Isles to avenge the death of his father.

After many successful conquests, he set himself up in Dublin as king of the Norsemen of all Ireland and Britain.

Son of Erik the Red, Leif led the first Viking expeditions to America in around the year 1000.

However, it seems that the new world was in fact discovered by a merchant called Bjarni Herjolfsson about 14 years earlier, but Leif Erikson, hearing about the discovery, set up the first Viking outposts in the area.

Leif took the Viking warrior lifestyle with him to America and raided the local Native American communities before eventually setting up trading relations.

Probably the most important Viking leader and the most famous Viking warrior, Ragnar Lothbrok led many raids on France and England in the 9th century.

The archetype Viking warrior, Ragnar is said to have successfully fought a dragon and to have led an invasion of England with just two ships – which failed and led to his death.

Ragnar is also famous for having several wives and fathering many sons who went on to become fierce Viking warriors in their own right.

Rollo was a famous Viking chieftain who became the first ruler of the Normandy region in France. He is famed for having been a savage Viking king that later converted to Christianity and became an example of Christian virtue.

He later married the daughter of King Aella, the man responsible for the death of his father.

Sweyn Forkbeard was a famous Viking king of both Denmark and England and one of the most important Vikings when it comes to English history.

He formed an imposing Danish North Sea empire in about 1000. He conquered England in 1013, only a year before his death.

While his death saw the end of his Norwegian empire, his son and grandson continued to rule in England until 1042.

One more son of Ragnar Lothbrok, Ubba also went to England following his father’s death in order to exact vengeance.

He is said to have been involved in the conquest of York. Ubba alsoo supported his brothers on several of their campaigns.