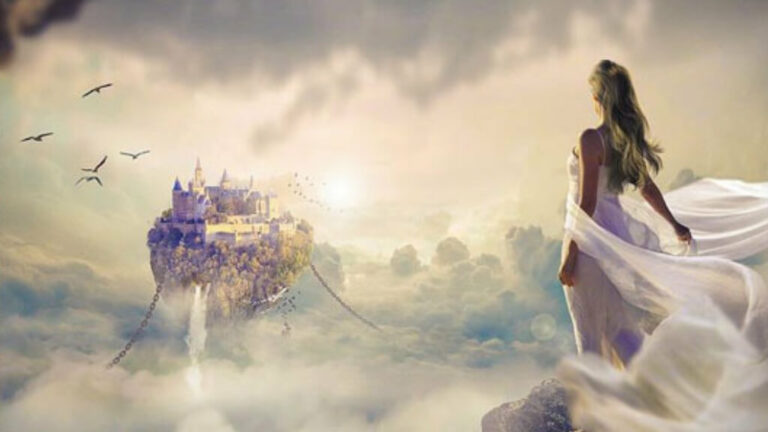 The vast majority of stories about the gods in Norse mythology focus on the likes of king Odin, invincible Thor and trickster Loki. There are also stories about Balder, Freyr and Heimdall. But just like the world of men, the realm of the gods was populated by both men and women.

Freya (‘lady’) was the Norse goddess of love, fertility, sorcery, gold, war and death. She was not an Aesir god, but one of the secondary Vanir gods. The two races fought in the past and Freya was sent to live in Asgard the word of Aesir gods as a hostage.

Goddess of love, she used her beauty to get her desires. For example, she spent a night with each of the four dwarvesthat made the beautiful necklace Brisingamen in order to possess it. Goddess of War, like Odin, she collected fallen warriors from the battlefield to live in her hall, Folkvangr.

According to Norse mythology, she got first choice. Goddess of sorcery, she practiced a form of magic called Seidr, which involved discerning and influencing fate.

Frigg (‘beloved one’) was the consort of Odin and the goddess of love, marriage and motherhood. She was also a prophetess, but never revealed the secrets she saw. She must have been very understanding, as Odin had many extra marital affairs, and many children by other beings, including Thor.

Frigg and Odin did have at least two children together, Balder and Hodr. In one story from Norse mythology, to protect her son Balder, Frigg went to every living thing that existed and asked them to agree never to harm her son. This made Balder invincible, which amused the other gods who entertained themselves by throwing weapons at him.

Unfortunately, Frigg forgot the humble mistletoe plant, a secret that Loki discovered. The mischief maker made a mistletoe dart and tricked Balder’s blind brother Hodr into throwing it at Balder, killing him. Hodr was executed for his part in Balder’s death, and Frigg lost both of her sons.

Get Your Shieldmaiden Jewelry

Gefion was a goddess of fertility and agriculture associated with the plough. According to her saga in the canon of Norse Mythology, she disguised herself as a beggar woman and asked the Swedish King to give her some land.

He said that she could have all the land that she could plough in one day and one night. Gefion ploughed so deeply through the western part of Sweden that it was cut off from the mainland and formed a new island, Zealand.

Idun was the goddess of spring and youth in Norse mythology. She was the guardian of the apples of youth that grew in Asgard and supplied them to the gods to maintain their youth. In one story, Loki, in order to save his own skin, agrees to help the giantess Thjasse kidnap Idun to procure her apples.

While Idun is being held prisoner, the Aesir, without access to the apples, start to age. They demand that Loki return Idun to Asgard, which he manages to do.

Yet another fertility goddess, Sif was associated with grain and her long golden hair probably represented the golden fields. She was the wife of Thor, and in some sources was also equated with the oracle Sibyl.

Sif is best known for having her golden hair shorn by Loki as a joke. This enrages Thor, who demands that Loki replace the hair. Loki procures a headpiece made from the finest golden strands from the dwarves.

It is in this same story from Norse mythology that Loki procures the spear Gungnir and the ring Draupnir for Odin, the ship Skidbladnir and the golden boar Gullinbursti for Freyr, and the mighty hammer Mjolnir for Thor.

Sigyn is the wife of Loki in Norse mythology. For his role in the death of Balder, Loki was chained to a rock with a poisonous snake suspended over his head to painfully drip venom onto his face for all eternity.

Devoted to her husband, Sigyn chooses to stay by his side throughout, protecting him from the poison by catching it in a bowl. However, when she must leave to empty the bowl, Loki must suffer.

The Norse goddess Eir (‘help’ or ‘mercy’) was linked with medical skill and is described as a very good physician. Some sources for Norse mythology suggest that she was a Valkyrie rather than a goddess.

Valkyrie carried men who died on the battlefield to Valhalla. Perhaps Eir was thought to also heal some of the wounded.

These three Norse goddesses were the handmaidens of Frigg, queen of the Aesir gods, in Norse mythology. The virgin Fulla attended Frigg’s ashen box and footwear, and was the queen’s favourite and knew all her secrets. Gna was Frigg’s most trusted messenger and ran errands for her across the nine worlds.

She rides a horse Hofvarpnir, that can gallop through the air and over water. Hlin (‘protector’) was sent by Frigg to protect people on her behalf. Frigg may have asked her to protect Odin, as his death is described as Hlin’s second sorrow.

Little is known about the goddess Ilmr as only her name is recorded in surviving Norse mythology. Her name might mean ‘pleasant smelling one’ in Old Norse, which would suggest an association with scents.

While this type of association would be unique in Norse mythology, goddesses of smells are known in other polytheistic religions. Perhaps her scent was an aphrodisiac.

Daughter of Loki, according to Norse mythology Hel ruled over the Norse underworld. This was a place not just for the wicked, but any Viking that did not die in battle.

Often loved ones would place a sword or spear in the hand of a dying man to try to trick Hel into thinking that they had died in battle. She is often portrayed as partly decomposed, having the face and body of a living woman, but the legs of a corpse.

According to Norse mythology, she will fight alongside her father against the Aesir gods during Ragnarok, leading an army of the dead.