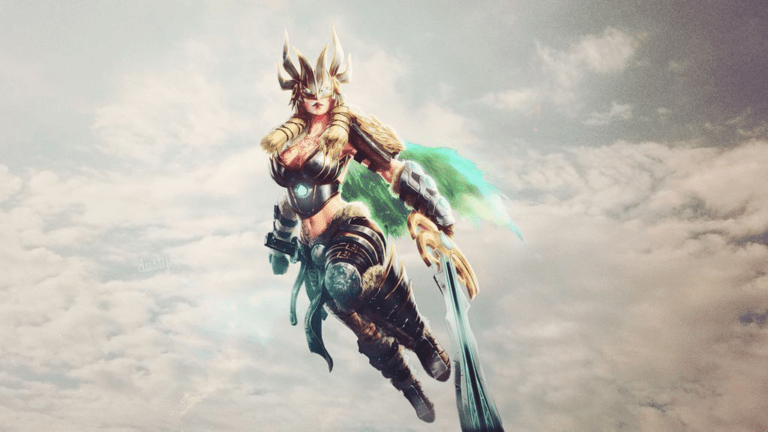 It seems like every mythology has a goddess of love and beauty, but the Norse goddess Freya was so much more than that.

Associated with love, sex, lust, beauty, sorcery, fertility, gold, war and death, Freya was clearly among one of the most potent Norse deities.

This accounts for why there is evidence that the goddess has been continually venerated in some parts of Scandinavia until the modern day.

But who was Freya, the Norse goddess that stole the hearts of gods, dwarves and giants?

In old Norse the name Freya simply means ‘lady’, and the term was also used as an honorific among Norse women. It is likely that she took the epithet at some point, and it came to replace her personal name, that has been lost in time.

According to Norse mythology, while Freya lived alongside the Aesir gods and goddesses and appears among them in their stories, she was not in fact an Aesir goddess, but rather one of the Vanir gods.

This was a second race of gods in Norse mythology that conflicted with the Aesir because of their different lifestyle choices. For example, the Aesir did not approve of the Vanir practice of incest. These differences led to a war between the two races.

It was at the end of this war that Freya, her twin brother Freyr and their father Njordh, were sent to Asgard as hostages. They quickly became part of the Aesir community.

The Vannor goddess was instead married to Odr, a god about whom almost nothing is known, except that he often wandered and left Freya alone. According to Norse mythology, Freya would often wander the world in search of her husband, disguising herself by using a variety of names including Gefn, Horn, Mardoll, Valfreya and Vanadis.

Freya’s marriage does not seem to have stopped Freya continuing her relationship with her brother, and other men. However, she seems only to have had children with Odr, two goddesses, Hnoss and Gersemi, both of which rivalled their mother in terms of beauty.

In one of the foundation stories in Norse mythology about Asgard itself, an unnamed builder offers to build the fortified walls around Asgard in exchange for the hand of Freya in marriage, the sun and the moon.

The gods try to get the wall without having to pay for it by demanding that the builder complete the wall in a single season and without the help of a single man. Nevertheless, the builder almost manages to complete the work thanks to the assistance of his mighty stallion Svadilfari.

Fearing that they will have to give the builder the goddess’ hand in marriage, the Norse gods enlist Loki to foil the builder. When he fails to complete the wall, Thor then killed the builder.

In a similar story from Norse mythology, the giant king Thrym steals Thor’s hammer, and the gods discuss how they will be able to infiltrate the hall of the giant to retrieve the hammer.

Thrym’s only weakness seems to be his passion for the goddess Freya, and the only way to enter the hall to send Freya there as his bride. Freya refuses to go, saying that she will be seen as promiscuous indeed if she agrees to go, even as a ruse.

In the end Thor must disguise himself in the guise of the goddess to infiltrate the hall, retrieve his hammer, and kill the giant king and his followers.

Despite her refusal to participate in the ruse against Thrym, Freya does not appear to have had a problem with using her beauty and sexuality to get what she wanted.

For example, she developed a deep desire for the necklace Brisingamen, the most beautiful piece of jewellery recorded in Norse mythology, made by four dwarven brothers.

The only payment for the necklace that the dwarves would accept was a night each with the goddess. It seems that Freya accepted willingly, probably thinking that sharing her ultimate art as the goddess of sexuality was a fair payment for this ultimate piece of art created by the dwarves.

Freya was also a goddess of both war and death, as according to Norse mythology, Freya collected half of the souls of fallen warriors on the battlefield to live in her home in Folkvangr. Odin collected the other half to live in Valhalla, a great hall in Asgard, where the souls would dwell until they were called on to fight again during Ragnarok, the end of the world.

However, unexpectedly, Freya appears to have had first choice of the fallen warriors, suggesting that the goddess had a great power in this realm than Odin, or that this was a favour that Odin bestowed on her for some unknown reason.

Whether these warriors would also be called upon to fight during Ragnarok is unclear, as is Freya’s role in the end of days. Her demise is not mentioned in the Ragnarok prophecy. This has led some to suggest that she survives to help rebuild the world, but this is purely speculation.

Many attributes were associated with the goddess Freya, all of which reveal different elements of her personality and purpose as a goddess.

Freya has a falcon-feathered cloak that would allow her to fly in the form of a falcon. According to the stories of Norse mythology Freya lent this cloak to Loki on a number of occasions to help him undo some of the mischief that he inflicted on the Norse gods. This cloak also associates Freya with shapeshifting, and therefore links to her as a goddess of magic and sorcery.

Freya was also explicitly linked with Seidr magic, a kind of magic that involves discerning the course of fate and working within its structure to bring about change by weaving in new events. This was a very feminine type of magic that was associated with the Vanir gods, but Odin is also known to have practiced Seidr.

Like many of the Norse gods, Freya rode in a chariot, but her chariot was drawn by two cats, that were either black or grey, named Bygul and Trjegul. She was also known to ride a wild boar, and boars were associated with the Vanir gods. The boar that she rode, named Hildisvini, may have been her human lover Ottar in disguise. The goddess first turned him into a boar so that they would work together to uncover the secret of his giant ancestry so that he could claim his inheritance.

Freya and Odr as Odin and Frigg

Some historians have suggested that Freya was in fact the goddess Frigg, and that her husband Odr was Odin, who is known to have often wandered the world in his quest for wisdom. This would explain the many parallels between Freya and Odin.

They were both linked with war and took fallen warriors to live in their halls, and they both practiced Seidr magic.

This may also explain why so little is known about Frigg, despite being the most important of the Norse goddesses, as her mythology was largely given to Freya. This may also explain the suggestion that Frigg knows everyone’s destiny, as this would be a sort of Seidr magic.